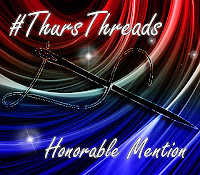 The Balance of Nature

“Are you sure about this?” Greg asked, trudging after Tess through the cemetery carrying a shovel and a bulky rucksack. “There are rules and you’re upsetting the balance of nature.”

“Yes,” Tess hissed. She’d had enough of Greg trying to talk her out of her plan, trying to get her to talk about her sister’s death. Who wants to talk about the most painful experience of your life where your sister was flung through a car windscreen?

Since finding the book buried amongst a sack of musty clothes in the charity shop, Tess had been consumed with the idea of being able to bring her sister back. And after three months, she had tracked down all but one of the ingredients.

Placing everything on the damp grass, Tess checked off her list as Greg dug; he felt he owed Tess something; he was driving the car, braking sharply to avoid a dog and Lisa wasn’t buckled up.

He finished digging and sat swigging a beer as he watched Tess finish her potion. He picked up the fragile book, written in a swirly script, making it difficult to read especially in the dim candle light under a moonless sky.

“Tess?” He watched as she toyed with a knife against the palm of her hand. “It says-”