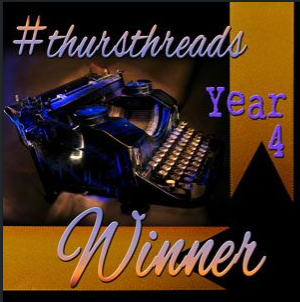 Sweat ran down his spine, his body glistening with every aggressive stroke of the brush. Paint bled into the walls, unable to cover the memory he desperately wanted to erase. Buckets and gallons of paint seeped into his secret but still he continued, brush after brush as bristles frayed like his temper.

But the slate had to be clean, the walls bare, fresh and ready for his next work of art; always a blank canvas to open his mind and explore his demons. That’s what his therapist said, release his demons through his art. But he was never satisfied. The demons kept talking to him, whispering their loathing, mocking his aspirations.

At last, he could do no more. The unblemished white canvas was ready. His muse was ready. She sat on a lone wooden chair in the sparse room as he held his large palette, walking around her, inhaling her scent, studying her naked curves. He ran his fingers through her long golden hair, fanning out the strands around her milky shoulders.

There were no words as he began his art, releasing the jagged knife from under his palette, spraying his canvas in rich red as the demons cheered his work, silencing her gurgled screams. For now, his art briefly released him, his art lived as he watched crimson drip down the walls before it stopped and died.