Face to Face with an Online Friend in London

Eeekk. I had a day out in London. On my own. But I’m a cool London chick or at least that’s the image I was trying to portray as I mooched from Victoria to Parliament Square to the Embankment uttering the mantra ‘I am not a tourist . . . I am not a tourist.’


And I’m not a tourist. Even though I’m no longer living in London, I still regard myself a Londoner. Even though I’ve more years living out of London than in, (grrrrr) I’m still a Londoner. Hubby doesn’t get it. He hates London and can’t think why I still regard myself as a Londoner. Maybe that’s why. It’s inside. You can take the girl out of London . . . I get a buzz as the train pulls into London. I see excitement everywhere.  And that’s why I didn’t mind travelling up to London on my own. 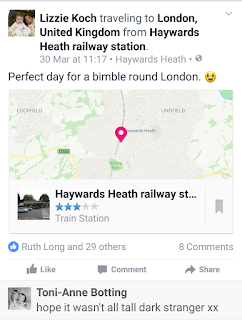 The cool London chick didn’t last long as I was busy snapping landmarks on the glorious sunny day. First was Big Ben. As I approached, it let out its first bong so I stopped, waiting to hear more. Ditzy moment alert!!! I love the bongs and being right under Big Ben at the time was exciting. But no other bongs came. Where were the bongs?  Why wasn’t there anymore bongs? I looked up at the clock. 1 pm. That explains no more bongs so I marched off. 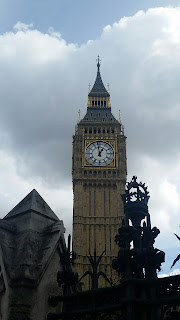 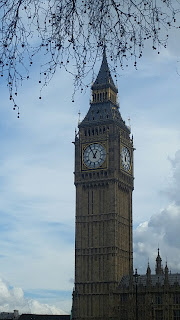 Second ‘I’m not a tourist’ mistake was taking a selfie. Oops. Do Londoners have time to take selfies as they zip around the capital? Or, as I found along the Embankment, jog around London. This obviously is where I stood out as a tourist because I wasn’t dripping in sweat, pounding the pavement whilst wearing Lycra . . .  taking selfies. 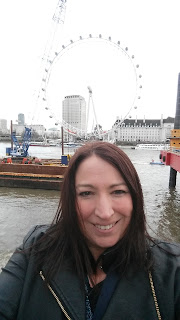 Soon, I left Joggers Row and was on The Strand, the point of my solo trip to the capital. I was meeting a friend for the first time, a friend I met online. I did toy with the idea of posting this on facebook but thought again.

However, my imagination  got the better of me as I approached the hotel, thinking about meeting a tall, dark, handsome stranger and ended up posting to that effect. And great minds think alike my friend made a comment suggesting a story here.

And into the posh hotel lobby where I recognised my online friend immediately and with rather loud and exciting squeals, we ran towards each other and hugged. I’ve known my online friend for a few years now, in the writing world so meeting her in the flesh was like meeting an old friend. And with linked arms, we hot footed it to Covent Garden and found a cute cafe (which was organic but that wasn’t important at the time but should have been) and sat outside as the weather was gorgeous. Ditzy moment alert two . . . We ordered two diet cokes from the cute waiter who reminded us it was an organic cafe. Ah. Ordering a chemical shit storm in an organic cafe wasn’t our brightest moment but hey, we just met and was beyond excited. And our non stop babbling was proof of that. And another selfie to mark the occasion in Trafalgar Square.

And then it was over. After a few hours of non stop gossip and laughter, with the odd swear word thrown in, my friend was back at her hotel. I carried on my bimble round London as cool London chick trying not to stand out as a tourist. Which went embarrassingly wrong when I wanted to get off the bus, expecting it to stop but it didn’t. Since when do you have to press the stop button to get the bus to stop? Why doesn’t it automatically stop at a bus stop? Have I been out of London that long that buses no longer stop unless you ask it to? Maybe a Boris Bike next time. Miles out of my way I managed to get off at the next stop as another passenger pressed the bell (thank you). And it wasn’t miles. It was one stop. But you know; busy person with places to go and people to see, exaggerating at the inconvenience of a missed stop as I strode down the Kings Road to visit my aunt. Maybe I’m not so touristy after all.