A Break From the Day Job

It can only mean half term!

With Six weeks off for summer!

But what to do with myself? 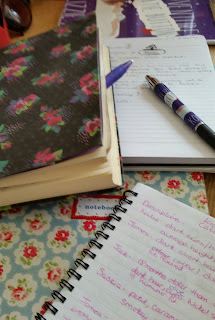 In June this year, my debut novel was released by publishers Crooked Cat, and is on Amazon. The reaction has been amazing which is great as I had planned a sequel.

After a couple of false starts, I finally have the time to get properly stuck into it because I am lucky enough to  have six weeks off.


I love that my 'day job' compliments my need and want to write. There's been times where the flow has stopped due to having to go to bed because of that early alarm call. And then it's lost. And I can never get that moment back, no matter how many times I reread the chapters before. Now, I can stay up until the small hours, when the rest of the house is fast asleep.
zzzzzz

The only sound, the tippy- tappy of my fingers on the keyboard. And some chill out tunes on low drifting in and out of my mind.
♬♫♬♫

Of course, the holidays aren't all about the writing. There's the reading too. And I plan on doing lots of it. Since breaking up on Wed, I have already started and finished reading three books. Yes, one of them was mine but I had to read for continuity purposes, ready for book two. 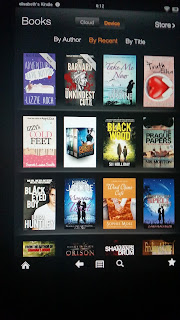 I also plan on meeting up with friends, a little drinkies, and getting ready for holiday (where more reading is a must and some inspiration for writing).

As for the sequel, that's a few thousand words in and has a working title of Katie Button Stateside. I'm sure as I plough through the word count and plot, the title will become more clear to me. Who knows where my inky fingers will take me and my characters . . . I never know despite my plans and plot lines as it depends on what mood I'm in, where an idea can lead and what my characters want. Yes, they're in my head, talking to me . . .


So that's my six weeks in a nutshell. What do have planned for the summer weeks / weekends / days ahead?