It had to happen. Just over a week into blogging and I feel the need to write about my bonkers cat, Indi, or Indi Bindi Boo as I like to call him.  He is a character to say the least. Little did we know that in naming him after Indiana Jones, he would take after Indiana and his adventurous spirit.  But then curiosity is a trait that will eventually get any cat into trouble and Indi seems to be having more than his fair share of troublesome moments.
He’d only just started going out after all his jabs and getting used to his new home. It was lovely as he ventured out into the huge outside least of all because his litter tray was not a job I wanted to do. Although Indi did seem to have a smile on his face when he used it!
Within weeks of exploring, Indi looked sad. The sparkle in his eyes was gone and he wasn’t eating. So trip number one to the vet found a huge cut on his shoulder which had got infected. The second trip to the vet was because he kept sneezing and the third and the fourth and his sneezing was disgusting as whatever was coming out of his nose was very smelly. It turned out he had grass stuck up his nose! So after more medication, he finally sneezed and two long blades of rotting grass shot out. Yuk! And yes he still eats grass!

He’s come home covered in mud where he’s fallen into some pond, has come home limping on numerous occasions and because the pond was still there, Indi decided to fall in again. He’s lost countless magnetic collars, some in minutes of putting them on which has prevented him coming in. And that’s because he has let in some tom cat that eats all his food and sprays up the walls for good measure. We had to invest in a magnetic cat flap which is now redundant as it now works like a normal cat flap. He’s even invited his friends round to play in the garden and then they wait for him outside whilst he eats his food.
Out of all the cats I have ever known, Indi is the noisiest I have ever met. Every time he enters a room, he lets out a chorus of high pitched meows until one of us acknowledges him, which is usually me and I am now referred to as ‘Indi’s bitch’ by hubby because Indi knows this and only meows to me!  And then that’s not enough. You have to get up and walk with him to his bowl and either fill it or actually show him there is food already in there. I worry sometimes about his sense of smell! Or is he just being sociable? Either way, it gets annoying. He may have only been fed half hour ago and because he’s gone out since then, he comes home with the meows and demands for food. I have tried to ignore him because being an undomesticated devil means I’m not at anyone’s beck and call for food, including the cat. But Indi has now resorted to biting my toes!  And if there’s one thing the undomesticated devil hates more than waiting on people, it’s pain. Indi wins this round again and again and again. I can’t even open a tin without him going bonkers thinking its tuna! Needless to say he is extremely disappointed when it’s a tin of tomatoes.
Recently, no matter how much food he has eaten, Indi has proven he’s rather good at catching mice; too good! Boxing day, Indi thought he’d get in on the action of present giving as he trotted into the living room with a mouse. He dropped it only for it to make a dash for the sofas! The darn thing was alive! We haven’t seen it since and I’m hoping it managed to get out and if so it is one of the greatest escapes! Either that or Indi has caught his present.
And then the other week, I came home from work and found a mouse’s head in the hall way. Just a head. Like some mafia cat, Don Indi obviously felt that a head is what I deserved. Maybe I’d been too slack in the treats department.  But since then, the tom cat hasn’t been back!
So now with the supermarket brands of cat foods being ditched, Indi seems to have calmed down on the mouse catching front. Or so I thought.  Yesterday was a day that made me scream and jump like an extra in Scary Movie. For when I lifted up my trainers from the shoe wrack I was confronted by a dead mouse, curled up in one of my black canvas shoes. I didn’t hang around to inspect the poor creature but threw my trainers down and ran. No wonder the cat was acting strangely in the hall. I’m hoping that it wasn’t my canvas shoes that killed it; they’re not the best of shoes in the summer despite numerous cycles in the washing machine.
To the rescue comes hubby who gets rid of said mouse but not before he decides to chase me around the house with it. Indi was going bonkers trying to get his treat. I have no idea where Indi is finding his little presents but he really doesn’t need to bring them home. I like my presents to have no fur or feathers! A foil wrapped gift would be good with the dark delights of silky smooth chocolate underneath, that’s going to make me squeal with delight not fright!
And while I’m talking about Indi, I’d just like to say that despite all the trees and woodland outside, Indi finds my Christmas tree a source of amusement and fun. Destroying baubles, ruining hours spent placing every decoration with precision, as he climbs through the middle and just lays there. However, when I am in need of a new one which will be sooner rather than later after it’s been ‘Indified’, I will place some fishy treats on the tree for him to search and destroy. But that’s our little secret, just like sleeping on the bed when hubby is at work. xxx 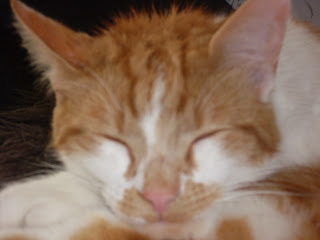