This is Indi, my gorgeous cat. 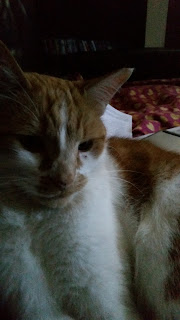 Unfortunately, he has the right raving hump with me. 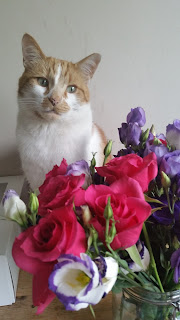 And not because I take silly pictures of him with pink and purple flowers. It's because I disappeared for two weeks on holiday. And then after being back for two days, I disappeared again for a week. 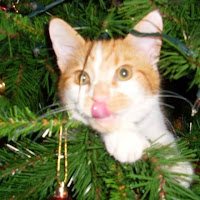 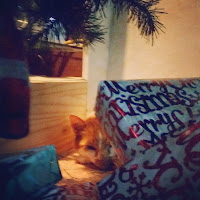 It's not like I abandoned him. My lovely sister fed him, gave him lots of strokes and kept him company while we were all away in Spain. He was spoilt! Lots! 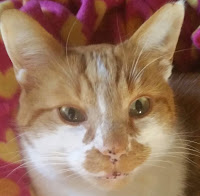 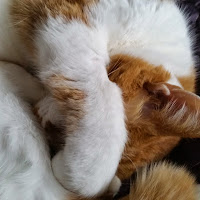 My Hubby and boy were here when I was in Suffolk so he wasn't alone then. And they fussed over him.


I take oodles of pics of Indi. I let him sleep on my bed. Shhh, don't tell Hubby that. 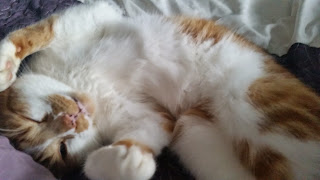 I even let him sleep on my fluffy blanket. 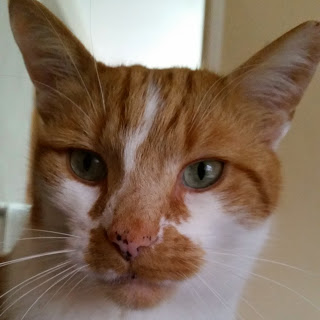 I think he might have missed me! Cats have feelings too and I think he's demonstrating to me that he's pissed off right now because of my absence.
Oops

He doesn't eat the food I put out for him but will eat it if Hubby or teen do it.

I'm not even his first choice when he comes in chattering away for food.  Grrrrrr 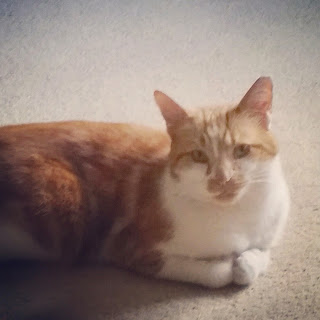 I'll just have to wait for Indi to forgive me for my gallivanting. Hopefully he won't take too long and hopefully before I disappear again; back to work next week after six weeks where I'll be out all day.

Written for Six Word Saturday over at Show My Face hosted by Call Me Cate
Posted by Unknown at Saturday, August 29, 2015