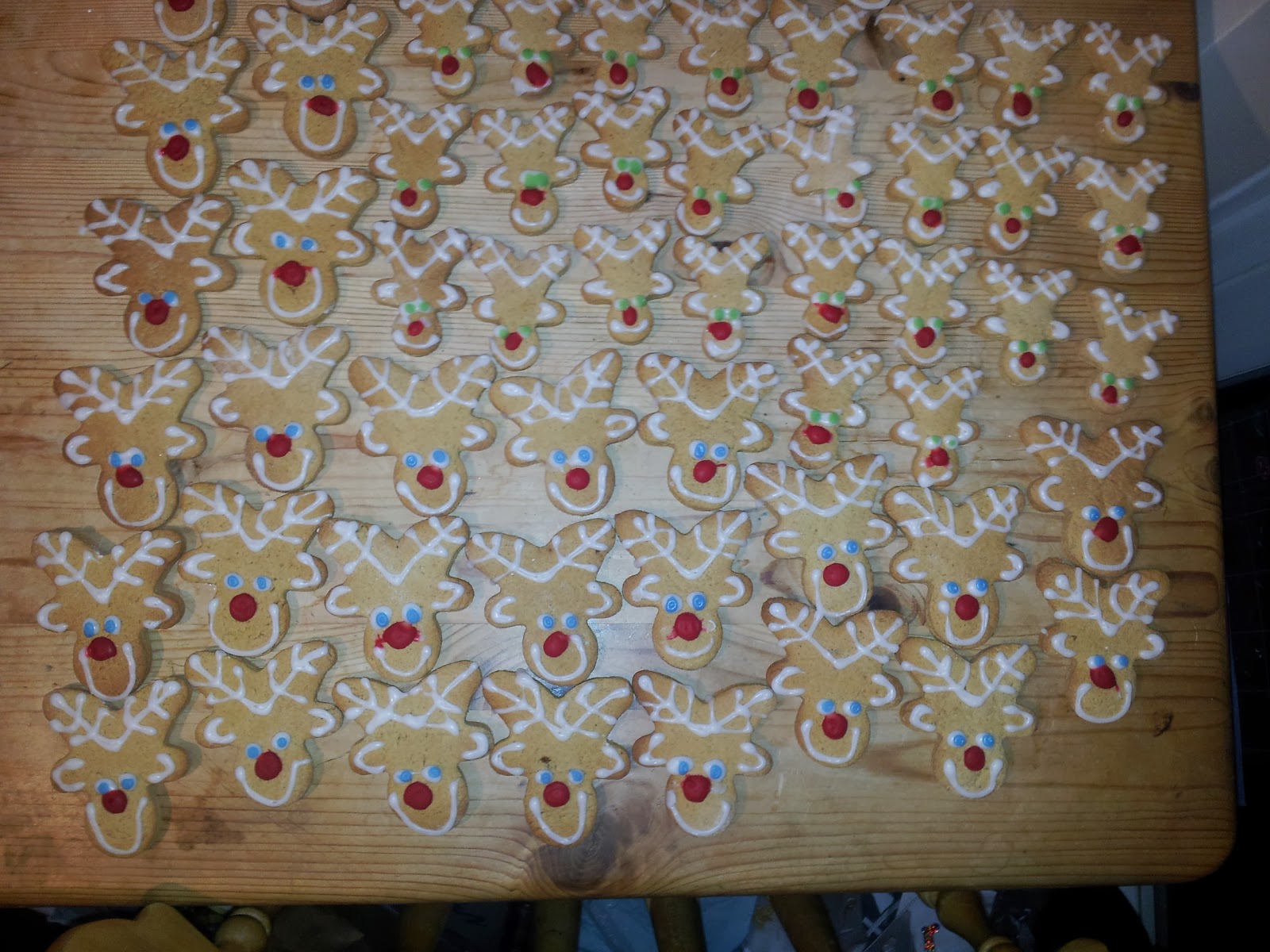 Hannah lay on her bed, looking at the book she threw across the floor. Her gran was only trying to help. It wasn’t her fault the oven stopped working. It wasn’t her fault Hannah had volunteered to make gingerbread biscuits for her school’s bazaar, which incidentally was tomorrow. But thinking reading a fairy tale would make everything alright? A fairy tale. Hannah was eleven not five. She continued to stare at the book, guilt creeping in. Her gran wasn’t cross when Hannah threw the treasured book across the floor. She didn’t even pick it up before she left, closing the door gently behind her.
Hannah eventually pulled herself up, picking up the book, smoothing out crumpled pages of The Elves and the Shoemaker. She remembered wanting her gran to always read it to her, snuggled together under the crocheted blanket. Even at Christmas, Hannah wanted to hear about the elves, imagining they’d left the busy North Pole to help out the overworked shoemaker. She nestled the book under her pillow and turned out the light.
It took a few moments for Hannah’s eyes to adjust in the darkness, waking from a deep sleep. She strained her ears, certain she heard something. Met by silence, Hannah tried to settle. But a crash made her jump. At first, she lay still, not even daring to breathe. Straining her ears, she made out faint kitchen noises. Creeping from her bed, she opened her door, very slowly and listened. The warm aroma of ginger wafted around her, and relaxing she walked down stairs, feeling even more awful about being mean to her gran when she was up in the middle of the night baking.
“Gran, I can’t believe you got the oven working,” she said, stopping suddenly in the doorway. The kitchen looked like flour bombs had exploded. Icing dripped from every surface into sticky puddles. A leaning tower of gingerbread biscuits toppled. Hannah waited for them to break, hitting the floor but what she saw made her eyes widen. Suspended in mid air were the biscuits. They rose and lay on the kitchen table.
“That was lucky,” said a childlike voice.
“Lucky? No luck at all,” the other said, chuckling.
Hannah couldn’t move, unsure what she was seeing. Two what looked like small children, wearing very bright red and green outfits, were baking biscuits in her mum’s kitchen. Their little hats tinkled every time they moved filling the night with the gentle sound of Christmas bells. But they weren’t children. Hannah knew that without seeing their pointy ears tucked underneath their hats. They were exactly like the characters in her book.  Crouching down, Hannah slid across the floor and sat in the corner, hidden by the Christmas tree.
She watched the two elves work, creating beautifully designed biscuits, nothing like she could ever have done but still managing to look homemade. Hannah really wanted to try one. Her tummy rumbled. The smell was making her hungry. As she contemplated sneaking a biscuit, footsteps padded into the kitchen.
“You’re making too much noise. And look at the mess,” Hannah’s gran said in a whisper.
“Relax. You know we clear up after,” one of the elves replied.
Hannah’s gran sat at the table, eyeing a biscuit before taking a large bite. “Wonderful,” she mumbled, crumbs falling from her mouth. “Just like I remember. Thank you for helping my granddaughter out.”
“Don’t thank us. Your brother let us leave wrapping to come and help.”
“Well I would thank him if he ever decided to allow me to visit. How is he anyway?”
“Busy. Busy. Busy. It’s Christmas after all. Right, we’re done.” The elves stopped, smiling from ear to ear, admiring their work.
“Not until you tidy up!” Gran said, in a voice Hannah knew well. The elves snapped their fingers and the kitchen was spotless in seconds. “That’s better.”
“We fixed your cooker too,” an elf said. “Do you want us to unfix it so you don’t have to explain?”
“Oh no. Thank you but I think my daughter will be so relieved, she won’t care.”
Hannah stifled her excitement, the urge to be seen and speak, to shout at her gran that she knew but she bit her tongue and squeezed her knees tighter to her chest. She watched as her gran picked up some boxes of gingerbread biscuits, leaving the kitchen to place them in the car. The elves lifted up the rest, taller than them and looking like they’d fall but Hannah was sure magic was stopping them. As they walked by, Hannah froze, just her eyes following them. The first elf walked by but the second looked directly as Hannah and winked before gifting her a biscuit. it floated down into Hannah’s hands. He raised a finger to his lips, signally for her not to speak before smiling broadly and leaving.