A Tongue in Cheek look at David Beckham's Future Prospects 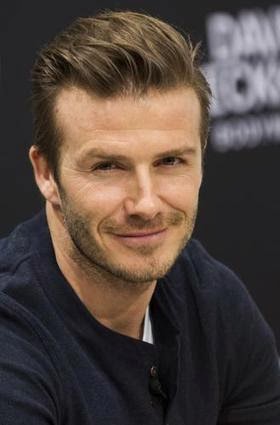 David Beckham has announced his retirement at the grand old age of 38; in footballing terms he’s ancient.  Of course it’s not retirement in the conventional sense. It’s a long time before Beck’s dons the pipe and slippers and get’s his bus pass. He has retired from the beautiful game, his passion for so long which will no doubt continue in one shape or form. But what next for Mr Beckham, the man who made sarongs and hair bands seem cool and sexy? 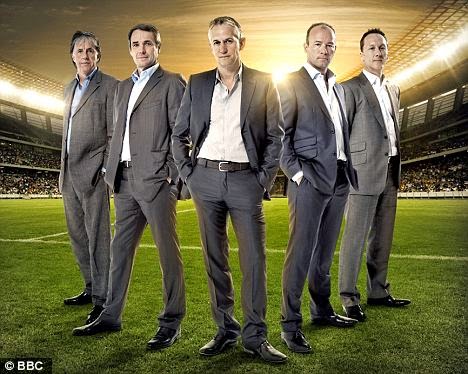 As with many a retired footballer, the next step seems to be cosying up on the sofa alongside Mr Silk himself, Gary Lineker, wearing matching shirts and ties in overly tight grey trousers that shows the viewer these fine men still have thighs of steel.  No offence to Gary, Alan and co but Beck’s would make you lot look like Tranmere Rovers to his Utd and your sharp tailored suits looking like they’re from C&A.

2: Reality TV/Film Star
Where every celeb ends up after retirement/sacking/finding themselves/wanting a new start. And Beck’s has a wealth of choice. Alongside the stalwarts CBB, Celebrity Get Me Out of Here, Strictly Come dancing and Masterchef, there are also the celebrity quiz shows popping up everywhere from Pointless to Mastermind. Although Mastermind does have merit if Beck’s specialist subject was the Spice Girls. But I think Strictly would suit him perfectly. It is my favourite TV show but forget that. Just imagine Beck’s in sequins and tight trousers with a shirt undone to the navel . . . . He would surely win which would make the show pretty pointless unless he was dancing against the likes of Brad Pitt, Channing Tatum, Justin Bieber.  Yes, I admit it, I am a Belieber. But what a show that would make! As long as Beck's didn't dance like Fiona Philips or Anne Widdecombe! 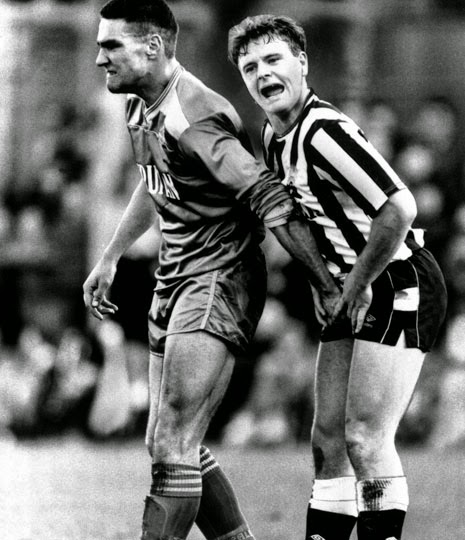 If Vinnie Jones (ex Wimbledon FC footballer, with a nickname of name Psycho for actions like grabbing Paul Gasgoine's balls in a FA Cup match) can make the transition to the big screen and have a successful movie career then I see no problem what so ever for Beck's.

Beck’s is a fashion icon so the next logical step would be to follow Victoria into the world of fashion, strutting his stuff in front of the drooling masses.  He could start his own label. I’m sure Vic has some very good contacts.  And let’s not forget                       the modelling of underpants. Maybe he could bring out his own brand of underwear and have
Golden Balls across the band. 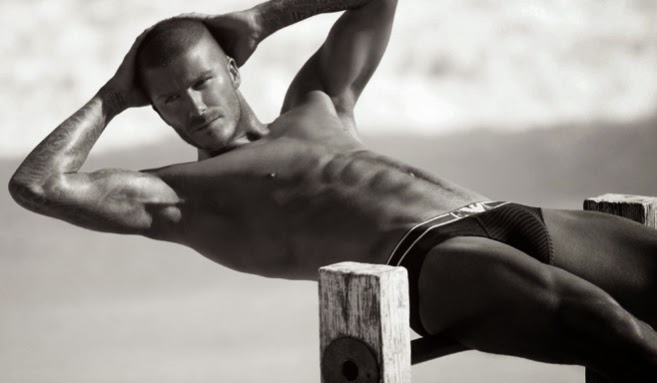 4: Hair model
I've lost count over all the hair styles this man has had over the years. I like the floppy, bleached look. But let’s face it, every hair style he’s had suits him. Teasing those locks would be every hairdresser's dream. He could enhance this income with products; Curl it Like Beckham, Straighten it like Beckham; you get the picture. 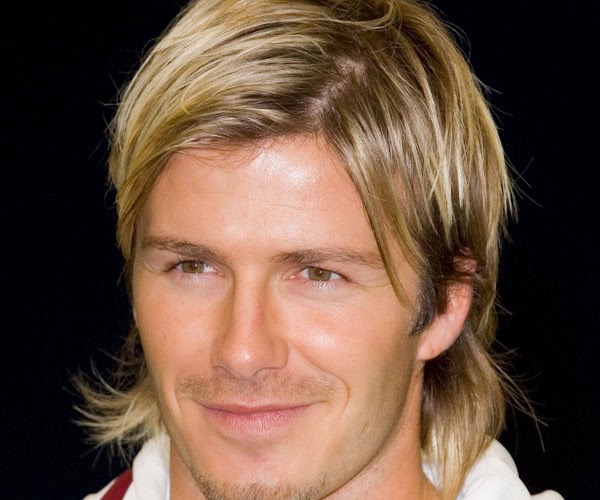 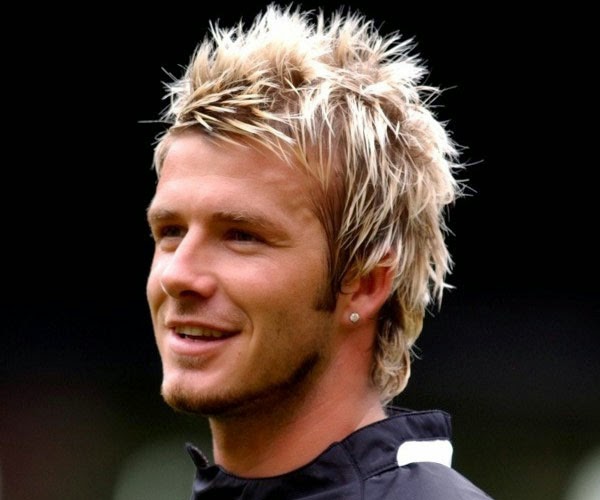 5: Song for Eurovision
Kiss of death or master class in genius? Could Beck’s go one better than his Spice Girl wife in the pop world?  Could he provide Britain with a winning entry? Can he sing? A rendition of Three Lions maybe?  A duet with Posh, following in the steps of Jordan and Pete?
I’m sure a few singing lessons later and Beck’s could be a sensation; not of the Robbie Williams style, more Ronan Keating, sitting on a stool as he sings a few ballads to housewives on Radio 2. 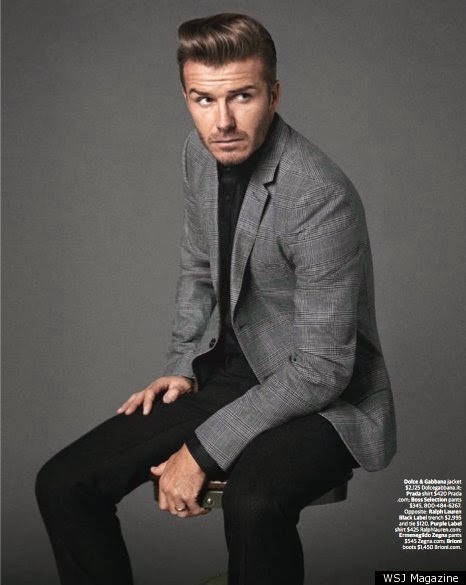 6: PR for Young Royals
We've seen how cosy, relaxed and chummy Beck’s has been with Harry, Will’s and Kate. Totes amaze how the East End boy has done good. Hobnobbing in these circles can open all sorts of doors. Think about if Kate has a boy; a possible future husband for the precious baby Harper Seven and the merger of Beckingham and Buckingham Palaces will make for super Royalty and Posh mother in law to the future King  . . .  . 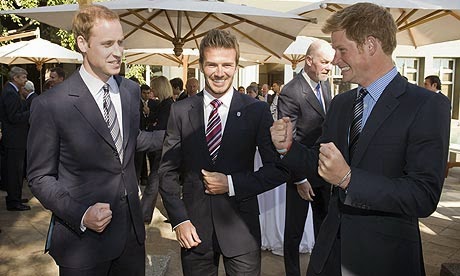 7: Football Manager
We’re back where we started and where it started for Beck’s; football. He already has his own soccer academy so why not take it one step further; managing a premiership team or even the national team. Man U would be the obvious choice what with his history with the club and his devotion to Man U. But then the way Chelsea go through their managers it wouldn’t be long before Abramovich was knocking on his door with a big fat cheque book. Posh would love the King’s Road, opening up a boutique down there or on Sloane Street and it’s a stone’s throw from Harvey Nicks for some serious retail therapy. I think blue would suit him too and Posh could have a neat little side line in designing footballing kits but not the boots. 6 inch killer heels would not do on the turf!

And there we have it. Seven wonderful careers for Beck’s to ponder as he hangs up his boots. Of course, this isn't an exhaustive list by no means. I haven't explored the tattoo side of Beck's and the possibility of him becoming a work of art or even a tattooist  He could even

become a stay at home dad.  We'll just have to wait and see what he does next which we all know will be awesome. But in the meantime, we can always a take long, lingering look at the pictures Beck's has so kindly provided us  throughout his glittering career.

They think it’s all over. . . . It’s only the beginning for Golden balls. xx 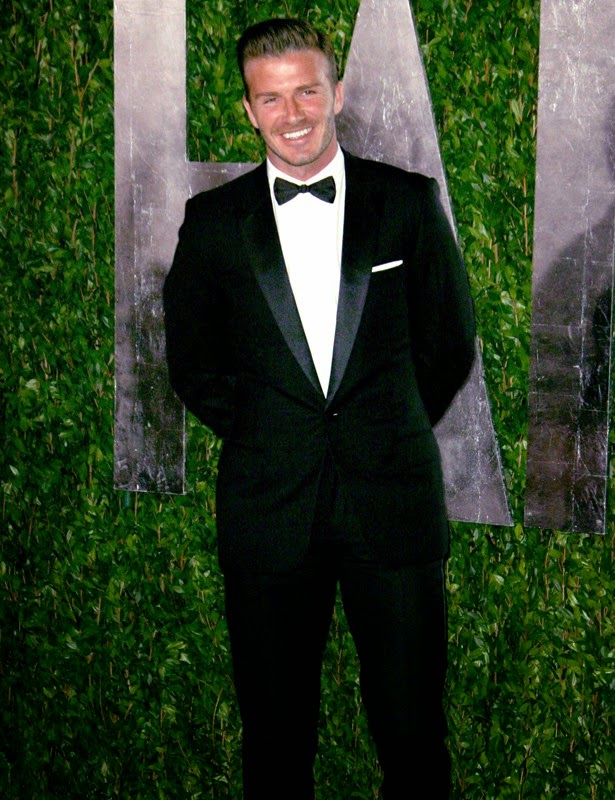 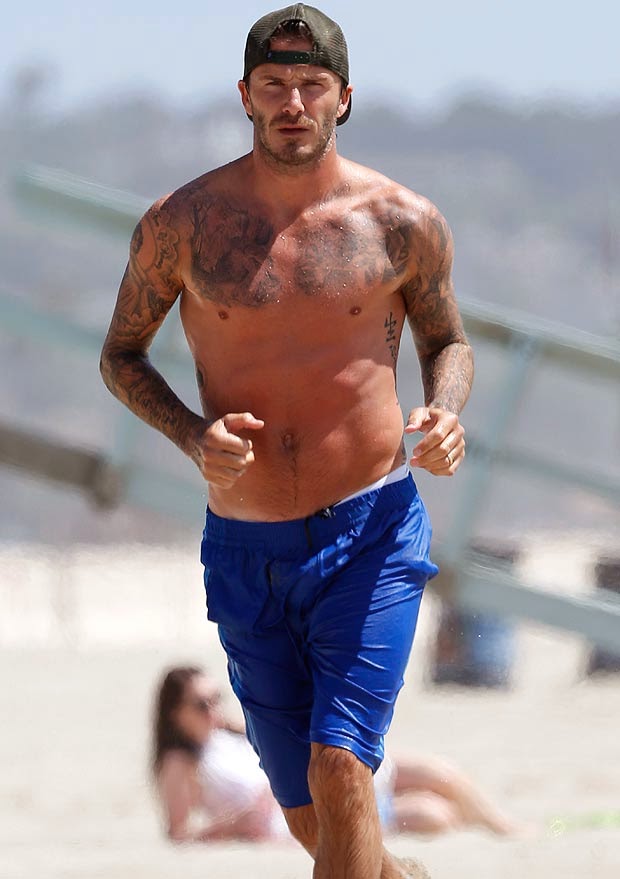 PS. Going by these pics, I could easily see Beck's as James Bond if Daniel Craig decides he doesn't want to do it anymore which would be a very sad day but Beck's would sweeten it for us. xx


PPS Some time ago I wrote another piece where David Beckham graces the page. If you'd like a read, follow this link. xx  http://40somethingundomesticateddevil.blogspot.co.uk/2012/04/what-load-of-pants.html
Posted by Unknown at Saturday, May 18, 2013